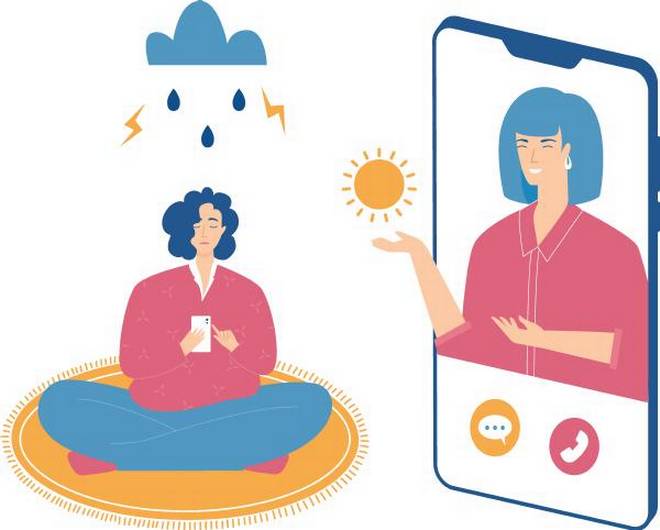 As social media accounts by ‘positivity coaches’, ‘wellness mentors’, and ‘motivational speakers’ mushroom, here’s why we might need better regulation

It was the week following actor Sushant Singh Rajput’s tragic death. Farheen Meraj, a Noida-based research fellow with a Government organisation, stumbled upon a post by a someone who called themselves a mental health counsellor.

The person used the actor’s name and photo to advertise an online session on depression. Dismayed at what she perceived as a blind eye to ethics, she took to Facebook to voice her concern. A debate ensued in the comments, with some mental health professionals claiming it helped increase awareness, and others saying the deceased was being used as a “marketing mascot”.

While Sushant’s death was a flashpoint in the discussion on mental health in India, the conversation has increased since the pandemic began. Google Trends reveals that the search words ‘anxiety’ and ‘mental health’ were slowly climbing before shooting to a peak on June 14, and plateauing.

New ventures such as Emotionally have started with the express intent to address the emotional repercussions of our times, with psychologists on board. Existing ventures such as VentAllOut, which invites people to either rant (for free) or talk to them for five minutes (paid, ₹49 for five minutes) have seen growth. On social media too, ‘positivity’ accounts have been mushrooming. And as the chatter increases, regulation decreases.

Influencer Santoshi Shetty’s now-taken-down video, offering unqualified mental health advice in exchange for money, (she later apologised) is a case in point. For every account helmed by clinical psychologists, there will be one led by ‘mental health coaches’, ‘life coaches’, ‘wellness mentors’, and ‘motivational speakers’. But what do these job titles mean?

Dr Soumitra Pathare, director of Centre for Mental Health Law and Policy chuckles at the question. “They hold whatever meaning you make of them, really,” he says. “These are not formal or official terms.”

Dr Pathare who was involved in drafting the Mental Health Care Act of 2017, points out that in India, “there is no particular set of qualifications you need to call yourself a therapist. Anyone and everyone can set up shop calling themselves therapists.” Not only is it a field that is poorly regulated, he adds, but it has inherent multiplicity; “there are many different kinds of therapies, including religious ones.”

Clinical psychologists are required to be licensed by the Rehab Council of India, which recognises clinical psychology degrees, and in many states, certain Master’s degrees in psychology are enough to provide employment. However, there is a new law in the offing, the Allied and Healthcare Professions Bill of 2018, which when passed, will include a therapist as a healthcare professional. It seeks to maintain a central register of all healthcare professionals, and hand out penalties to those practising outside of it.

Until such a law is passed, it’s a free market for all ‘mental health influencers’. “Regulation right now, is focussed on illness, and not wellness,” says Dr Pathare. But given the boom in India’s wellness industry, how wise is this?

“Certain accounts online do not follow the basic tenet of not being judgemental,” says Farheen Meraj, who has a Master’s in Clinical Psychology from Amity University. She has called out some of them for it. “A psychologist’s job is not to give you advice related to your situation, it is to help you navigate through your thoughts. If you want to give sassy judgemental advice, you might as well call yourself an agony aunt!” she says.

A presence on social media with several thousand followers creates a halo effect, so no matter what they call themselves, “You tend to believe what they are saying, even if it is about an area that they do not have expertise in.”

“It’s easier regulating in countries like the US, where you pay for these services using medical insurance, or the UK, where you have the NHS paying for them,” says Dr Pathare. “In India, we pay out of our own pocket, so ultimately what is driving it is commerce.” As long as there is a demand, there will be alternative therapy suppliers, he believes.

Ayushi Khemka, co-founder of Mental Health Talks India, says mental health has become a sort of “hobby project” for many influencers. Currently pursuing a PhD from Jawaharlal Nehru University, she says that the dialogue used in such spaces can sometimes be exclusionary, not taking into account the socio-cultural realities of people. “Look at the jargon used, as well: ‘toxic masculinity’, ‘mindfulness’, ‘being seen and heard’, even ‘psychotherapy’. It is not accessible to everyone.”

Her organisation, started in 2018 following the suicide of a college batchmate, calls itself a ‘safe space’ that offers help free of cost. “We recognised that there were people who wanted to talk, but not to a crisis helpline. So we leave our DMs open. While we are doing that, we make sure that if a person is in crisis, we direct them to suitable resources. We are not psychotherapists, we can only listen to you without judgements, and talk to you about what our own experience has been,” she says.

Ayushi feels such online spaces should not be restricted to psychotherapists. “Doing that negates the lived experiences of people who have mental health issues, and of their caregivers.”

In fact, the existence of these online safe spaces point to the inadequacy of formal services. Says Dr Pathare, “The number of psychologists in India is half the number of psychiatrists. If you were to shut down all these informal spaces, where would people go? Formal spaces can’t cope with the demand; they are working at full stretch anyway.” There is also the question of expense: a one-hour session online can cost anywhere from ₹1,500 to ₹3,000. Yet others are open to paid collaborations.

Perhaps what India needs, besides more professionals in the mental health space, are volunteers who work in the area between structured therapy and unstructured support. These members of the community, who come from a position of lived experience and want to help, can avail themselves of courses and be affiliated to mental health professionals, who can in turn guide, counsel, and support them in their work. They can feed into the mental healthcare system, be the community’s eyes and ears, identifying a crisis before it happens, and having the support system to go back to, when they need help too.