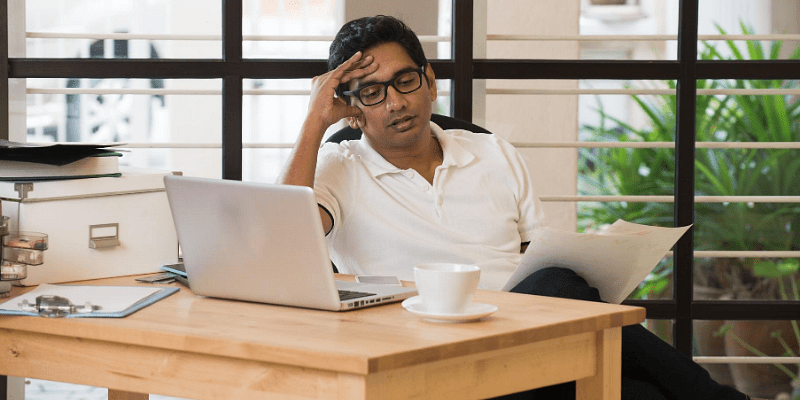 Are India’s entrepreneurs at risk of a worse health crisis than COVID-19?

According to a study by the University of San Francisco, 49 percent of entrepreneurs, especially startup founders, suffered from at least one type of emotional health issue.

After 27 years of being in the corporate sector, serving many of them in leadership roles, the entrepreneur bug bit me. I stepped out of the corner office, gave up all the great perks and set up my little venture. How difficult can it be, I thought? After all, I had run large and complex businesses successfully.

Entrepreneurship is a daily roller coaster ride, going from highs of success to bottoms of despair. The experience can either make you phenomenally resilient or break your spirit.

MSME entrepreneurs are a high-risk category

While entrepreneurship looks glamorous from the outside, in reality, most face daily challenges of survival. Long before VUCA entered the corporate jargon, entrepreneurs always operated in a volatile, uncertain, changing, ambiguous, and stressful environment.

The threat of failure, high pressure to deliver to investors, and being hooked to a dream, has meant entrepreneurs gave up sleep, time with friends, family, exercise, healthy eating habits, and ended up with chronic stress, anxiety, depression, addictions, and other physical and emotional health issues.

In fact, there’s now a stereotype of a hugely stressed leader who finds it hard to ‘switch-off’ that many entrepreneurs seem to emulate.

A landmark study conducted by Michael A Freeman of the University of San Francisco found that 49 percent of entrepreneurs, especially startup founders, suffered from at least one type of emotional health problem.

Compared to the general population, here’s what the entrepreneurial cohort is likely to have: